Adi Da Samraj (1939–2008) created visual, literary, and performance art for more than forty years with a single intention: the communication of truth through artistic means.

As he described it, his purpose was to create works of art that would draw the viewer beyond the feeling of egoic separateness into the feeling of “prior unity.”

He graduated from Columbia University in 1961 with a BA in philosophy, and from Stanford University in 1966 with an MA in English literature. His master’s thesis—a study of Gertrude Stein and modernist painters of the same period—engaged core issues in Modernism, including the limits of formal innovation in representation and abstraction in both the literary and the visual arts.

In addition to being a prolific artist, Adi Da Samraj is a widely recognized spiritual teacher who produced many volumes of literary, poetic, practical, philosophical, and spiritual writings. 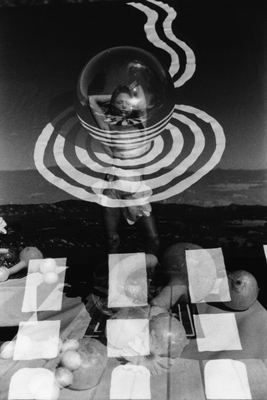 Adi Da began his first serious photographic work in the early 1960s. From the mid ‘60s to ‘90s, he produced a diverse body of drawings, paintings, and sculptural forms.

In 1998, he began an intensive six-year period of photographic and videographic work, moving from black and white to highly saturated color, often featuring remarkable multiple exposures composed in-camera. His works from this period use the female nude and other archetypal forms to address the deepest issues of human existence and the potential for transcendence.

In 2006, the artist moved to digital technology, incorporating hand-drawn and painted forms, as well as photographs, into his compositions. In November 2007, Adi Da Samraj realized what he described as the “final resolution” of his entire artistic process.

This turning point enabled him to create entirely non-representational art by using a unique method he named “Orphic Font,” or abstractions constructed from “collages of pictographs.” The Orphic Font method was the basis for the creation of his final magnum opus, The Struwwelpeter Suite, in seven parts (2007-2008). Adi Da considered this work to be the culmination of his artistic work and philosophy, the fully realized expression of what he termed Transcendental Realism. 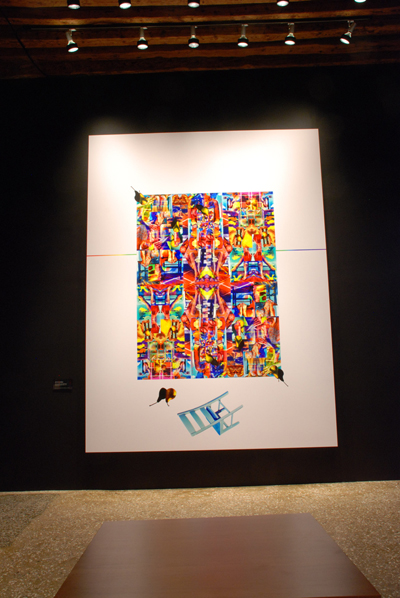 Adi Da Samraj’s images have been fabricated in many media—from photographic and videographic works, to large works of pigmented inks on paper or canvas, to monumentally sized works of paint on aluminum, sculptural light boxes, plasma-screen installations, and screen-projected performance events.

Adi Da’s art was featured as an official solo collateral exhibition at the 2007 Venice Biennale. Adi Da was also the first contemporary artist invited by the city of Florence to mount a solo exhibition (in the historic Cenacolo di Ognissanti). Adi Da’s work is in numerous private collections and has been exhibited in museums and galleries around the world.

In response to the work of Adi Da, curator and historian Achille Bonito Oliva has said, “Adi Da’s image-work constitutes an epiphany in the sense that it presents itself neither in objective nor in subjective terms. It doesn’t belong either to the universe of the artistic search of the 20th century, the whole canon of optical-perceptual experimentation that was developed in the 1950s and ‘60s, nor on the other hand to an expressionist creation that tends to represent identity and subjectivity.”

Peter Weibel, Chairman of ZKM Center for Art and Media (Karlsruhe), further notes that “[Adi Da’s] pursuit of the spiritual paths found in early abstraction, from Kandinsky to Mondrian, and [his] translation of that pursuit into the digital age, restore a transcendental spirituality to the materialism of the machine aesthetic.” And art critic Donald Kuspit has written, “Protean and unified at once, Adi Da’s ever-changing images become all-pervasive ‘big screen’ experiences, perceptually riveting, indeed, sometimes excruciatingly intense, but always balanced and even sublime sensory experiences.” 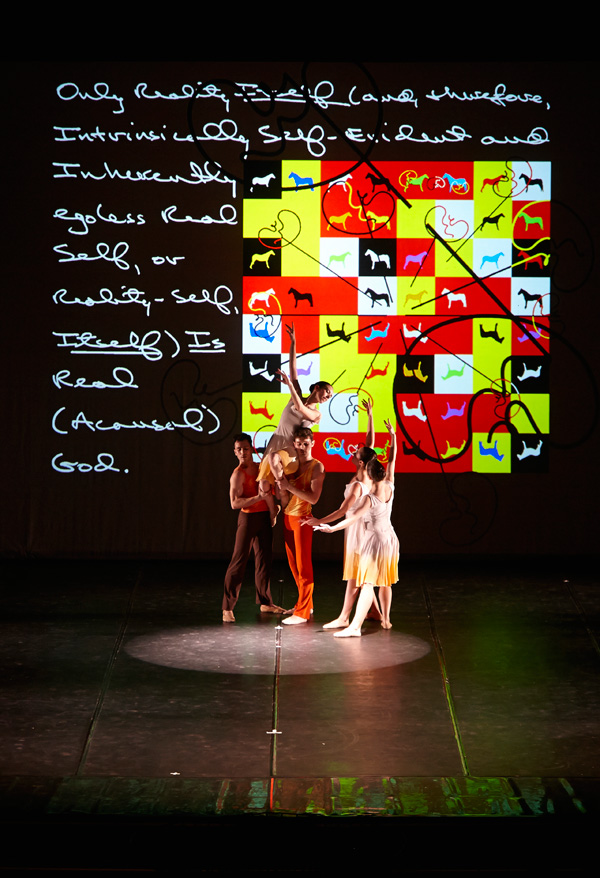 Adi Da intended his images not only to be exhibited as works of art but also to be incorporated into all kinds of theatrical events or happenings:

I intend that the images I make and do should be used as a principal element in the creation of innovative forms of theatre. Such theatrical events would combine all the arts, with the purpose of producing profound and very positive happenings. Therefore, whenever possible, exhibition openings should be associated with such theatrical events. The motion of dance, for instance, can happen against the back- ground of a static artwork. Alternatively, dance can be done against a moving environment, using projected artworks.

In 2008, a seminal artistic collaboration was initiated between Da Plastique (the organization representing the art of Adi Da Samraj) and the Florence Dance Company. In the intervening years, the Bargello Museum has, on a number of occasions, invited the Florence Dance Company and Da Plastique to stage dance performances—utilizing illuminated panels and projected images of Adi Da’s art—in the museum’s courtyard. Perhaps the most ambitious of these collaborative works to date is Divina.com, a multi-media exploration of the world of The Divine Comedy, Dante’s poetic journey through the underworld and beyond, in which his search to be reunited with his beloved is finally fulfilled in paradise. In Divina.com, monumental projected images from Adi Da’s suite Linead One illuminate the stage and move on screen in dynamic interaction with the dancers and musicians.

Publications of Adi Da’s art include The Spectra Suites (2007), published by Welcome Books and distributed by Random House; the exhibition catalogs The Ascent of Orpheus (2015), Orpheus and Linead (2010), Transcendental Realism: The Art of Adi Da Samraj (2007), and The Quandra Loka Suite: 52 Views (2003), as well as the photographic collection The Bright Field (2001). Adi Da’s artistic philosophy is presented in his book of essays, Transcendental Realism (2010). The World As Light (2007) is an illustrated overview of the history of Adi Da’s art.